Mysterious and beautiful, Arnhem Land is a vast area of Aboriginal owned land which is over twice the size of Switzerland. Located in the middle of Australia’s northern coast the area holds some of the largest Indigenous groups in Australia, many of whom have succeeded in maintaining a traditional cultural lifestyle governed by ceremonial laws. The approximate population is around 16,300. 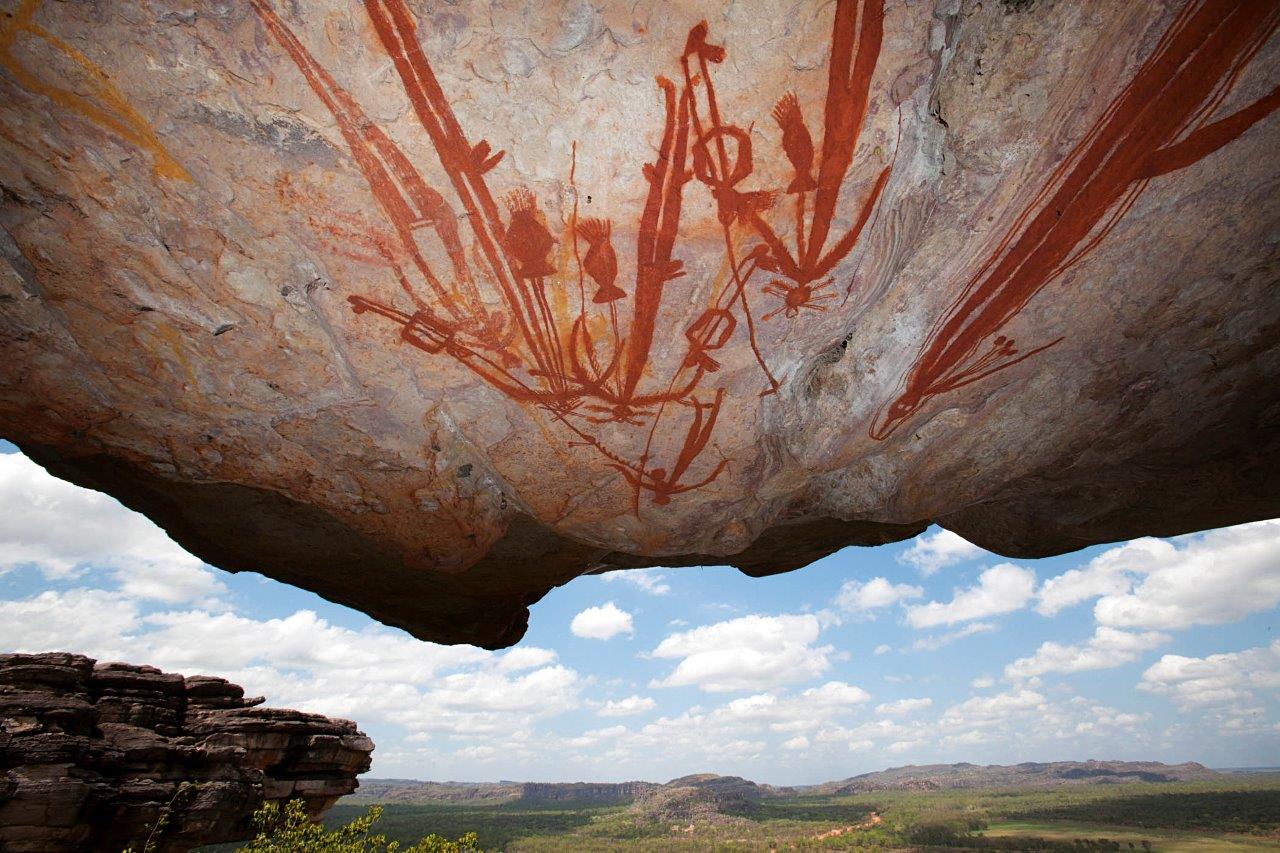 Perhaps the one area left in Australia where indigenous culture is still dominant, this area is home to the oldest living culture in the world including rock art dating back over 20,000 years. Cultural beliefs vary from clan to clan although it is generally understood that the land and the people were created by spiritual ancestors. They made the rivers the water holes the hills the rocks and all living things. They gave each clan their land, their totems, their laws to live by and their dreaming.

Europeans started moving into the Top End of the Northern Territory in the 19th century even though the coast had previously been chartered by the Dutch in the 1600’s. The Macassans (Indonesian seafarers) are believed to have had contact with coastal Arnhem Land clans even prior to European settlement of Australia. The Macassans travelled from the city of Macassar in the Celebes (Sulawesi) in Indonesia in search of trepang (‘sea slugs’ or ‘beche-demer’) along the Arnhem coast. Explorers such as Ludwig Leichhardt traversed the region in the 1840’s looking for rich pastoral lowlands and anything else beneficial to white man. By the late nineteenth and early twentieth century Europeans had established cattle stations, mining camps and buffalo hunting operations throughout Arnhem Land. The artwork of Yirrkala, just outside Nhulunbuy, is internationally known for bark paintings. Many well know musicians were born in East Arnhem Land including the likes of Yothu Yindi and Geoffrey Gurrumul Yunupingu. The community of Gunbalanya (previously known as Oenpelli) in Western Arnhem Land is also world renowned for bark paintings and fibre craftwork.

Arnhem Land is now an area controlled by the Northern Land Council and permits are required to enter. Only a selected few tour operators have earned the trust of traditional landowners and may bring visitors into the area. It is therefore advised to travel to Arnhem Land on an organised tour.

Want to see Arnhem Land first-hand? Head over to our tours page to book an Arnhem Land tour today