Our team makes us great

Our team of tour guides are all highly trained, knowledgeable, attentive and professional individuals who are committed to providing the highest possible standard of customer service. We regard our guides as the backbone of the company. Their knowledge of the local culture and environment, their attention to safety and their ability to make sure everyone in the group has a fantastic holiday has been paramount to our continued success. 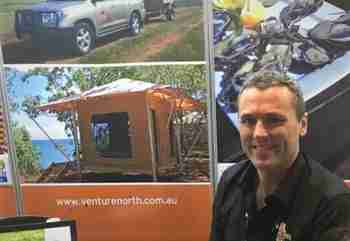 Aaron grew up in rural Victoria and studied in Melbourne; completing a Bachelor of Business (Entrepreneurship) at RMIT. With a passion for the outdoors, and experience as a park ranger, Aaron made the permanent move to Darwin in 2009 to run Venture North with his brother, Hugh. Today Aaron managers the day-to-day reservations as well as sales and marketing for Venture North. He shares his time between Darwin & the Tweed Valley where he lives on a small hobby farm. When he's not working, you'll either find him fishing on an NT river or looking after his livestock. 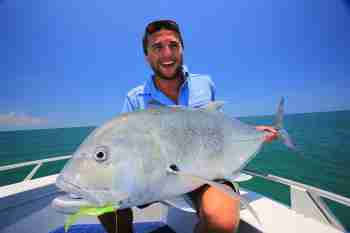 Hugh is an award winning tour guide who worked as Venture North's leading guide for many years before taking over the business with his brother, Aaron. Hugh's qualifications include a Diploma of Tourism, specialising in Eco-tourism, from the William Angliss Institute as well as other industry-based credentials. Our guests love Hugh's natural and easy going nature, thirst for knowledge and sense of humour. Today, Hugh has a number of roles including part-time fishing guide, manager of Cobourg Coastal Camp and operations manager for Venture North in Darwin. 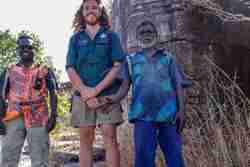 Alex is a very tall, friendly, country lad who is extremely passionate about the outdoors and ecology. When he’s not guiding he spends much of his spare time bushwalking, kayaking, fishing, dipping sheep and more recently looking after a 1yo! Alex has recently completed a Bachelor of Applied Science in Parks Recreation and Heritage, specialising in Indigenous studies, ecology and eco-tourism. In the offseason he works as a Park Ranger in Victoria. 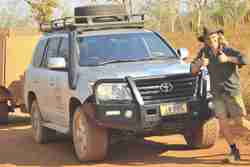 Originally hailing from New Zealand ‘Damo’ is the youngest member of our team. An avid outdoorsman, he has been a white-water kayak instructor since the age of 15. After completing a certificate in Outdoor Adventure and Leadership he moved to Australia and worked as a tour guide at the super luxurious Southern Ocean Lodge (Kangaroo Island). Today, he calls Darwin home and enjoys taking guests from around the world through Kakadu, Katherine, Litchfield, Arnhem Land and the Cobourg Peninsula. 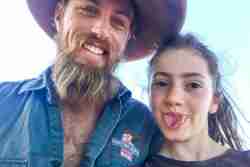 Dave is Venture North’s most senior guide and absolutely LOVES his job! He spends most of his time on the road during the dry-season, guiding holidaymakers throughout the Top End and the Kimberley. His extensive knowledge of Northern Australia’s heritage, geology, nature and Aboriginal culture sees him at the top of his field. In 2017 at the NT Tourism Awards Dave received the Tourism Employee of the Year Award. Previously a qualified chef, his gourmet bush meals are an added highlight to each safari. 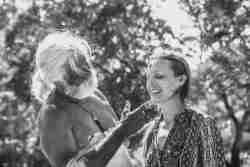 Emma has been guiding around Australia on and off for the past 12 years, having well-rounded employment history that goes full circle: land, sea, and air! Over this time she has developed a love for health, wellbeing and the environment, and knows how instinctively interconnected they are. Emma has spent many years with indigenous elders around Australia and has been fortunate enough to be adopted into the hearts and homes of many. She is a certified yoga instructor and loves to share this passion with guests. 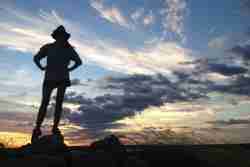 Holly is originally from the UK and fell in love with the Northern Territory when backpacking through Northern Australia many years ago. She has since moved here, had an NT wedding, marrying Travis (VN Skipper) and now has 2 young bush babies (1yr & 3yr old) who all call Cobourg home. After tour guiding for many years in the Top End and Kimberley Holly is now the ‘heartbeat’ of Cobourg Coastal Camp, managing operations each dry season with her two little helpers! 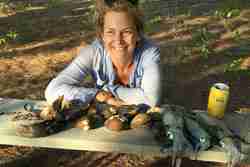 Klara is a qualified fine-dining chef and the fiancé of Hugh Gange (co-owner of VN). Before falling in love with Hugh she fell in love with the Australian lifestyle, making the permanent move to Darwin from Germany in 2012. Klara has worked in many of Darwin’s best restaurants including the prestigious ‘Pee Wee’s at the Point’. With a major passion for catching and cooking local seafood, today Klara shares her time between Darwin and Cobourg Coastal Camp as a chef for Venture North’s Cobourg Fishing Safaris product. 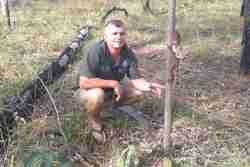 Stephen is a proud descendant of the Iwaidja people of the Cobourg Peninsula. He grew up on a small outstation on the Cobourg Peninsula as well as spending a lot of time in Darwin where he went to school. Stephen has a diverse work history which includes 15 years experience as a helicopter rescue crewman. He has unmeasurable local Indigenous knowledge and is very passionate about sharing this with his guests. He is also a mad keen fishermen who has even created his very own lure! 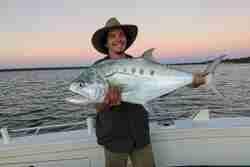 Raised in the Northern Territory, Nick spent his early years growing up on Groote Eylandt (East Arnhem Land), where he developed a passion for the outdoors. He recently completed “The Big Lap of Australia” in his 4WD which took 8 months and spanned 35,000km. An enthusiastic fisherman, Nick has studied Marine Science at the University of Tasmania while also guiding in the renowned Freycinet National Park. After returning to the NT to thaw out (!) he now shares his love of the Top End with Venture North guests. 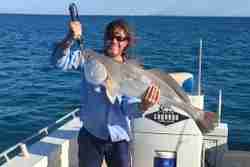 'Trav' is Venture North’s head skipper and is based at Cobourg Coastal Camp full time during the dry season. He’s a top Territory bloke and loves nothing more than taking guests out on the water and showing them a good time. With extensive experience skippering marine/fishing expeditions Trav is also a highly qualified tour guide in the Top End, Kimberley and Tasmania. In his free time, you’ll find him out on the water with the family exploring new areas, often with a rod in hand!